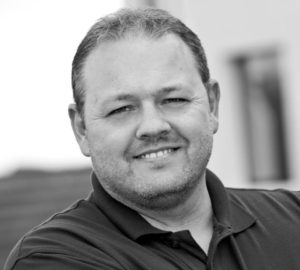 My name is +Ronni Pedersen and I’m from Denmark.

I have been working as an IT Professional since 1997 and working with Microsoft technologies ever since. I’m currently a Senior Cloud Architect working at a freelance consultant in Denmark. My primary focus is to design and deploy Hybrid-Cloud Infrastructure and  Enterprise Client Management solutions, based on technologies like Microsoft Endpoint Manager, Intune, Windows Autopilot, Azure Active Directory and Microsoft Azure.

I’m trying to share as much IT knowledge as possible within my spare time. This sharing is mainly done on the largest Danish IT Pro website: IT Experts, http://www.it.experts.dk, where I’m one of the top posters.

Forums, pages and communities where I am active:

MVPs are exceptional technical community leaders from around the world who are awarded for voluntarily sharing their high quality, real world expertise in offline and online technical communities. Microsoft MVPs are a highly select group of experts that represents the technical community’s best and brightest, and they share a deep commitment to community and a willingness to help others.

You can see my public MVP profile here:

As a valued member of the Microsoft TechNet Influent Team in Denmark, I spreads the word (and my knowledge) of Microsoft products and technologies to different Danish and International IT communities. The Microsoft Influent Network in Denmark is for the most visionary and sharing IT professionals in Denmark. My role in this team is to work close with Microsoft Denmark and other team members on creating a great community where IT Pro’s can connect and get help or advices with Microsoft related technologies.
As a member of the Microsoft Influent Network and a valued member on IT Experts I have worked hard (with other members) to make IT Expert the leading community in Denmark where IT Pro’s exchange their experiences.

As Microsoft Certified Trainer I have trained the Internal IT staff, colleagues and customers in various technologies.